Hitch 2 welcomed another successful 10 days. Rare is the hitch were we don’t impress our agency contacts. 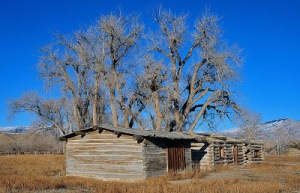 Crew 1 – Worked on various projects in Bighorn Canyon National Recreation Area including work on the historic Mason-Lovell Ranch, a 1884 constructed ranch built by the wild man Henry Lovell known for adventures in the cattle industry and his personal life. 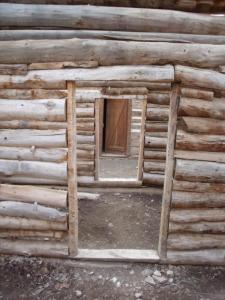 The crew replaced beams and spent days on skinning logs and refinishing the wood working. These people got a lot of work done for the time they were there. Their day off was spent kayaking the Bighorn River – I was super jealous to hear that when they told me. The Bighorn is one of the most beautiful rivers in the US. Their education day consisted of interpretative hikes hosted by the National Park Service around the area.

Crew 2 – Busted out some serious amount of labor in Sinks Canyon State Park building tent pads and picnic areas. The work including demoing concrete picnic tables and moving massive boulders. The agency contact thought they would onlyget 1 camping pad done a day but the crew did THREE A DAY! Because they were at Sinks, they rock climbed on their time off as well as hiked. Their education day included an amazing flora/fauna geology hike exploring the alpine meadows on the north slope of the hills by park staff. They also hiked to a secret cave sink…shhhh. 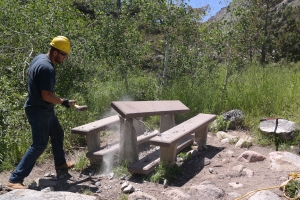 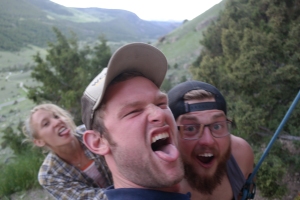 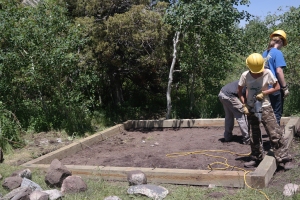 Crew 3 – Sprinted through a variety of work at Hot Springs State Park ranging in trail work to preserving areas around the petroglyphs. This crew is impressive. They built and maintained long stretches of trail in the heat of the desert all with big smiles on their face as well as doing complicated work around the rock art and various tasks around the hot springs facilities. On their day off they did nearly every regional outdoor activity imaginable in a day including getting ice cream and food in Lander. Taylor Miller mentioned that he was more tired from his day off than any of the days they worked. That is saying something. Their education day consisted of hikes around the area with park staff and learning about the ancient rock art in the area.

Crew 3 – Busting out work as usual 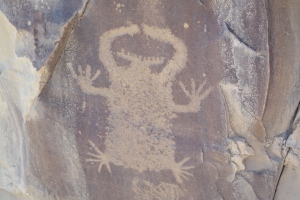 Crew 3 – Some of the rock art they crews were protecting