Crew 1 – Glendo State Park and Curt Gowdy State Park, June 12-21 – Starting their hitch at Glendo State Park, Crew 1 had the character building honor of moving all the emergency sandbags from last year’s flood warning, breaking the bags down, then storing them. These folks also pulled up old iron spikes from railroad ties that can be reused in the park. Afterwords, they headed over to Curt Gowdy State Park to work on the Shoreline Trail building a new trail for the park.

Education Day – The team talked with interpretive rangers at Curt Gowdy while building bird calls. Soon after, the crew snuck around the trails looking for rare birds that migrate through the reservoir

Day off – The Laramie Recreation Center offered the crew a chance relax in the swimming pool or even get more buff on their day off. 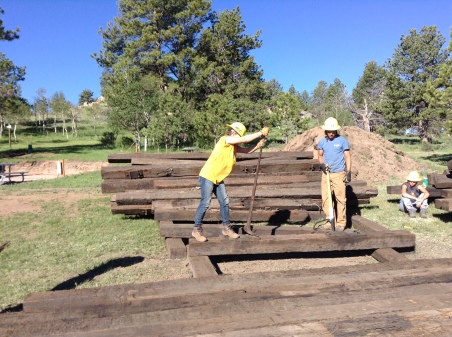 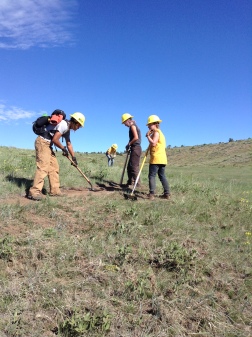 Crew 2 & 3 – Pole Mountain (USFS – Medicine Bow-Routt National Forest) June 12-21 – This team continued working on the Pole Mountain project mentioned last hitch. Both crews got an impressive amount of work down (as usual) with contacts thinking it was too much work while by the end of the 2 hitches in a row, the contacts worried their wasn’t enough work. Specific to this hitch, crews worked on the Headquarters Trail building in more sustainable features as well as a major reroute on Brown’s Landing Trail. Near the end of the hitch, the teams worked together on building a new terraced staircase at the trailhead at Tie City.

Education Day – Working again with Zoe Nelson and the Rocky Mountain Amphibian Project, crews waded around in wetlands collecting samples and identifying amphibians then logging the sightings as data. The crews are proud to report that they found a very large leopard frog (Lithobates pipiens).

They crew also was lucky enough to be visited by the a Policy Advisor for Gov. Matt Mead who wanted to know more about how trails are built in an effort to report more to the governor and share Mead’s support for trails. To learn more about that day, visit this blog post.

Day Off – Some crew members headed to the American Heritage Center and University of Wyoming Art Museum while others went to the Recreation Center to swim while even some mountain bikes the very trails they were working on. 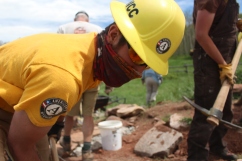 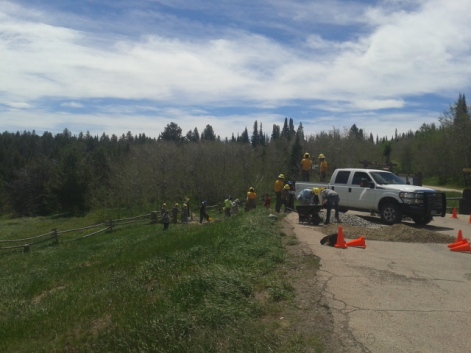 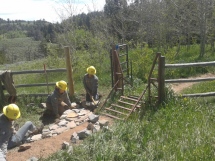 Crew 4 – Sinks Canyon State Park, June 12-21 – The crew’s job was to install pheromone packets on at-risk douglas fir and limber pine trees in the park that could be susceptible to pine beetles (that kill the tree). Once done with packets, they crew worked on  building causeways (also called turnpikes) along the park’s nature trail while removing hazard trees along the high traffic areas. Then, the crew cut, bolted, split, and wrapped about 1.5 cords of firewood for the park from the hazard trees. Crews also sprayed herbicide to kill leafy spurge for a few days while others painted. All in all, this crew not only had an incredible work pace, but did a diverse work.

This hitch, fewer pictures were taken for whatever reason but you will see tent pads people worked on as well as evidence of the severe flooding the crew experienced during their first few days.

Education Day – The crew toured biodiverse parts of the park with a park ranger learning about biomes and the species that live in them. While exploring, the crew ventured to waterfalls in the park.

Day Off – Kayaking at Gass Lake near Boysen Reservoir proved a wonderful day off for these folks. 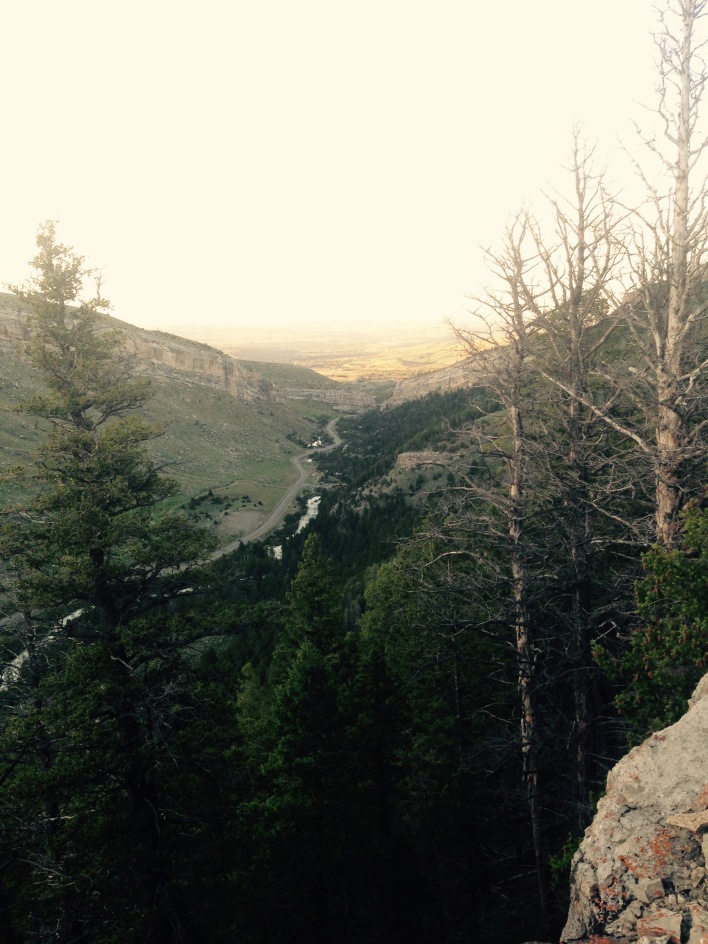 WyVTC – Glendo State Park, June 12-23 – For a second round, this crew is at Glendo State Park working hard to get the trail system maintained and ready for the summer of 2017. In doing so, their work has bought that park years, if not decades, of sustainable trail work. After their 4 weeks at Glendo, they crew would has worked on roughly 50 miles of trails in the park. These gentleman move as quickly as they learn, which is to say: we have never in the last few years ever seen a crew put so much simultaneous muscle and thought into their projects.

And, a reminder, these guys work 12 days on with only 2 days off. They are trail heroes.

Education Day – Paul Gritten, State Parks, came up to give us a bike clinic demo on riding around in the park. We rode for a few hours on the very trails we had been working on.

Day off – The team spent the day resting and playing in the park, fishing, swimming, eating, and generally relaxing. They earned it. 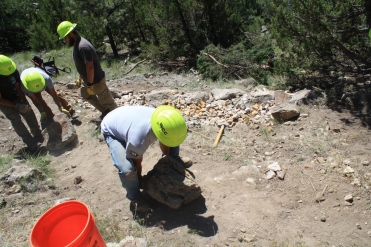 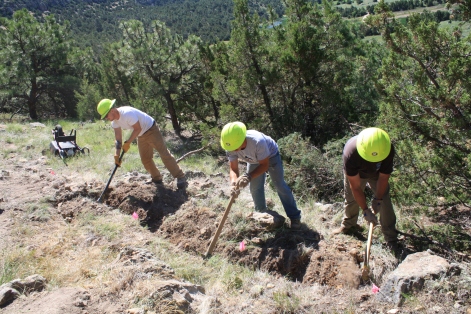 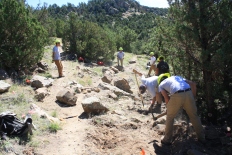