Jim Fried grew up in St. Louis, Missouri where his love for the outdoors was born.  The woods and beautiful places instilled a desire for nature and a yearning for more.  The beautiful Wind River Range of Wyoming was the stepping stone to his outdoor education.  Backpacking trips that exposed him to the wilderness of the west was an integral component that bought him closer and closer to the WCC.

Jim graduated with a Double major in Geography and Environment and Natural Resources. He now resides in Centennial, Wyoming in a cabin with his chainsaw, skis, and mountain bike. He has been with the program since the summer of 2012 where he started out as a crew member.  His desire for hard work and living in the outdoors was shaped by that amazing first season with the Wyoming Conservation Corps.  Since then he has elevated to the position of Crew Leader, Field Supervisor, Project Coordinator and now the Program Director.  This program allows him to be with like minded people who relish hard work, and appreciate being in amazing places.

“Never doubt a small group of thoughtful, committed citizens can change the world; indeed, it’s the only thing that ever has.” -Margaret Mead 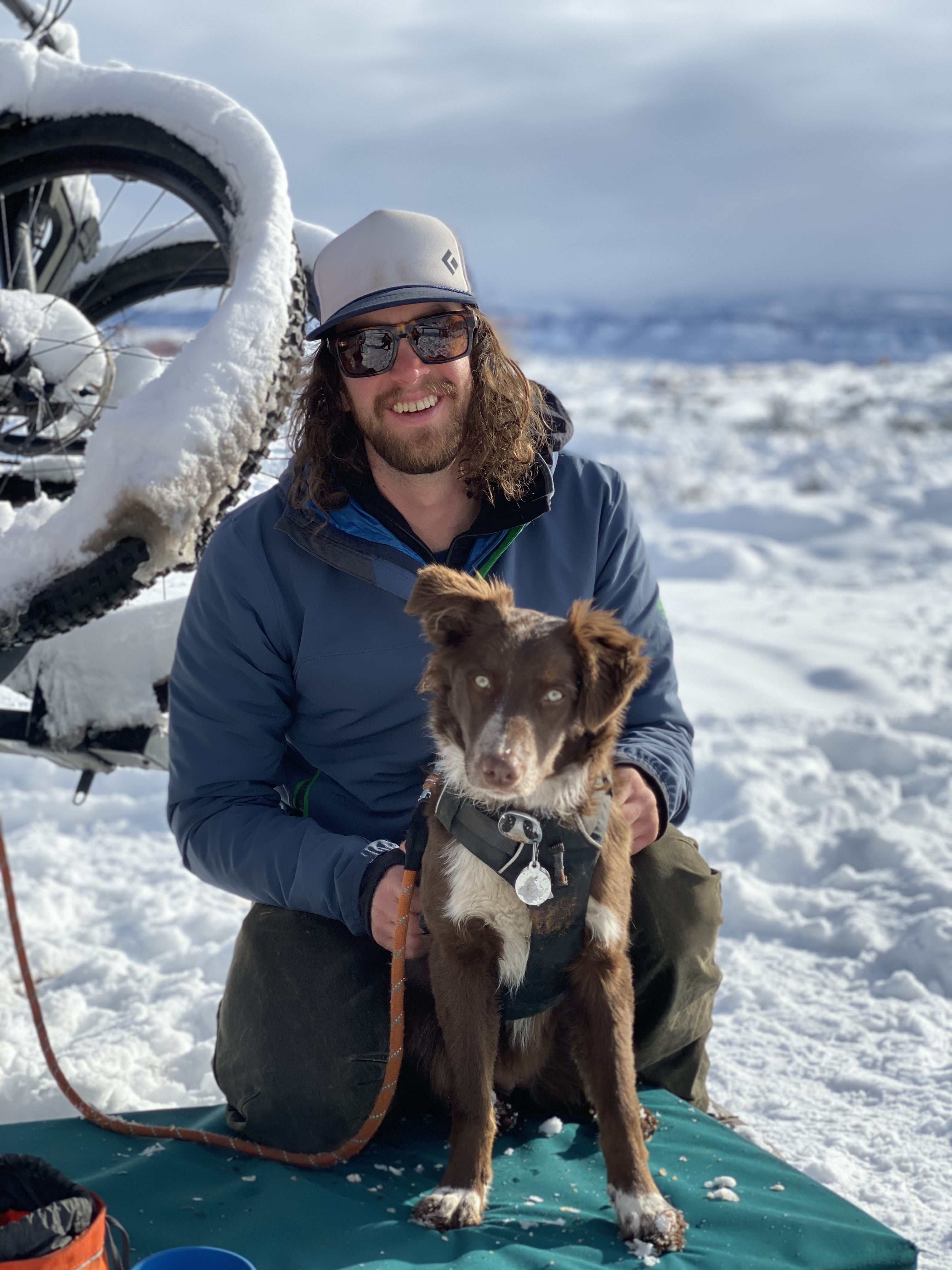 Originally from Parker CO, Tyler came to Laramie in 2013 to attend the University of Wyoming. Tyler graduated in 2018 with majors in Geography and Environment and Natural Resources, and minors in Sustainability and Outdoor Leadership. Tyler gained a passion for the outdoors through Boy Scouts, where he earned the rank of Eagle and was introduced to conservation. He worked for the WCC in 2016 as a crew member then as a crew leader in 2017 which further established his passion for conservation work. Last year Tyler worked at the Outdoor Program as a trip leader which also reestablished his desire to lead in an outdoor setting. The majority of his free time is spent outdoors mountain biking, skiing, hiking, rafting, fly-fishing, and really anything else you can do outside.

“Conservation is a cause that has no end. There is no point at which we will say our work is finished” –Rachel Carson

Caleb Johnson grew up a military brat and spent most of his life moving, but Texas will always be his home. Caleb’s passion for conservation and the outdoors stems from his countless days working on ranches. After serving in the United States Army, Caleb wanted something new and different, so he made an unplanned move to Wyoming.

Caleb graduated from the University of Wyoming where he received a Bachelor’s degree in Geography with a concentration in Natural Resource Management. He has grown to love Wyoming and now calls Laramie home. Caleb started with WCC in 2018 serving as a crew member on the Veterans Trail Crew, then as a crew leader for the Veterans Trail Crew in 2019. It was his time with WCC that made him realize that he had a passion for conservation and the outdoors. Caleb found peace and his purpose in life through the outdoors and hopes to share this with as many Veterans as he can. In his free time Caleb enjoys spending time Dutch oven cooking, hiking, camping, kayaking, and going on adventures with his dog Moose.

“The more one learns the more he understands his ignorance. I am simply an ignorant man, trying to lessen his ignorance.” – Louis L’amour