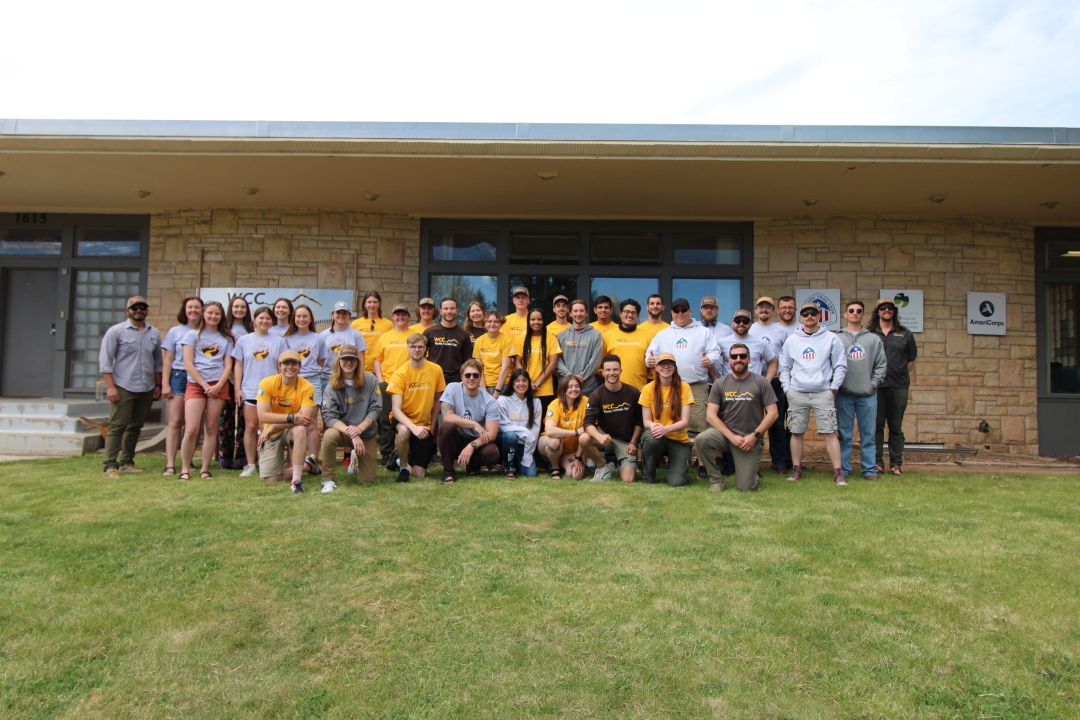 On May 20th WCC Crew Members began their Orientation Week by attending and successfully completing their Wilderness First Aid and CPR/AED Certification. This 19-hour course is given to each of our crew members to help better prepare them for their summer season. After completing this course all 40 of our crew members and crew leaders met for the first time before heading out to Camp Jack where they began to learn the hard skills needed for their summer season.

All 5 WCC Crews endured the harsh elements of late spring snow and rain while at orientation at Camp Jack. While camped out at Camp Jack, crews began by learning about camp life with WCC, Leave No Trace Training, and team building activities. The time spent at orientation is crucial for our crews to get to know one another and to create a bond within each crew, learn about what is expected of them as AmeriCorps and WCC members, and to shake out the cob webs before they start their first hitch. Other trainings that were provided to WCC members included; Trail Building and Trail Maintenance training, Chainsaw training, and Wildlife Friendly Fencing training.

Stay tuned to see what our awesome AmeriCorps Crews accomplish this summer!

This AmeriCorps program is made possible through a generous grant from
ServeWyoming!

View all posts by calebreidjohnson