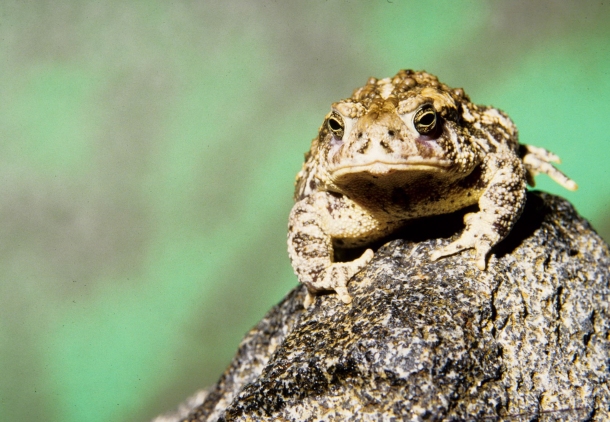 The Wyoming Toad is extinct in the wild but can be seen in captivity at the St. Louis Zoo and Cheyenne Mountain Zoo among others. (photo by Chuck Dresner – Colombia University News Service)

Last week, 900 Wyoming Toads (Bufo baxteri) were released from captivity into the Laramie Plains near Centennial, Wyoming on Buford Ranch.The Wyoming Toad is considered one of the most critically endangered amphibians in North America. Starting in the mid-1980s, it would be routine for ranchers in the Laramie Basin to check their boots for Wyoming Toads before putting them on, but now the only Wyoming Toad we see are the ones in captivity due to the deadly fungal disease Chytrid found in amphibians throughout the country. The release of these toads is a start to a long project in studying the fungal disease. To really nerd-out on the Wyoming Toad and its recovery plan, read The US Fish and Wildlife’s Wyoming Toad Revised Recovery Plan 2015.

If you read our “Orientation 2016,” you might remember the Buford Ranch as one of the sites we worked on for three days in partnership with the US Fish and Wildlife and the Buford Foundation. The WCC provided a small fraction of the work preparing the release of the Wyoming Toad by repairing fencing and ensuring they are wildlife friendly. We are proud to partner with organizations such as US Fish and Wildlife trying to restore the Wyoming Toad to the basin as well as the Buford Ranch for working with inner-city youth from Nebraska. 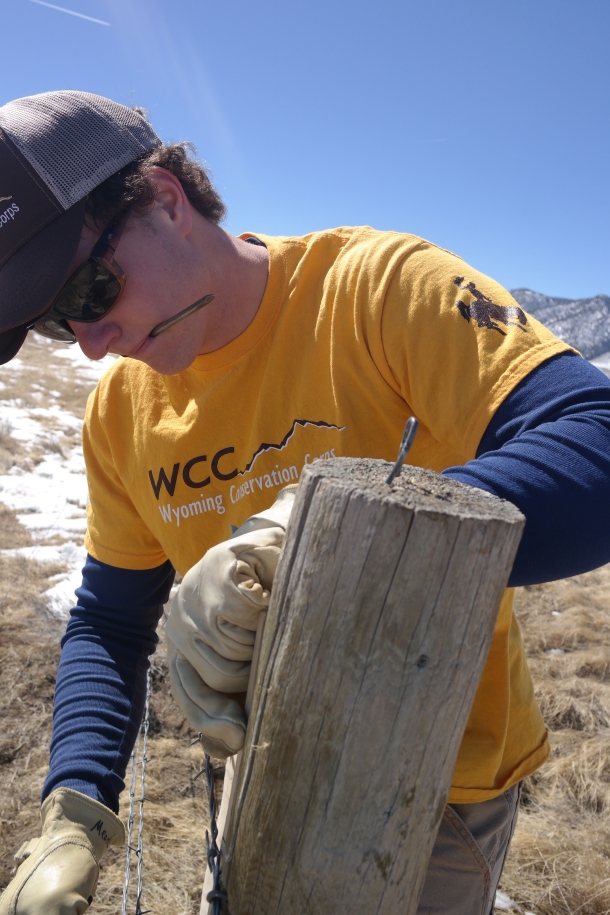 Phil Klebba lining up the wire to be wildlife friendly keeping the barbwire 42”  high so that ungulates can better leap over while smooth wire is placed on the bottom at 18” high to allow for deer and pronghorns to slip under.